Remember a few days ago I described my perfect Mother’s Day ?
Well, as it turns out, I actually had my perfect day. I had my boys, hubby and super scrummy food – and champagne!

I was left to sleep in and when I woke up, I was marched right back to bed… So there I lay, just chilling for a while… Yep, me, a mom, was just lying in bed – and it was not in the middle of the night, nor was it nap time for the kids. Felt a bit strange… But also good… I could just imagine {by the sound of things} what was going on beyond my bedroom door…

About an hour later, Seb came in and brought me a huge plate of the best ever French toast with bacon & maple syrup! {He carried it all by himself – he’s turning 3 in a month.}
French toast with bacon & maple syrup has got to be my all-time favourite breakfast, hands-down! {Although I never eat it these days, because I don’t eat bread… BUT, a treat on Mother’s Day IS allowed!}
Now, hubby didn’t just make any old French toast, no, he actually found a recipe for Martha Stewart’s {my all-time hero!} version of it with cinnamon & nutmeg. But wait, that’s not where it ends…
We had no electricity and we don’t yet have a gas stove {yes I said ‘yet’ because that is the next thing I want! Cooking with gas is just SO much better!}, so Eben actually went out into the cold and lit up his little camping stove just to boil water for espresso and to prepare the most delicious of breakfasts! How great is that?! Guys, the bar has been set – and Eben, you remember that too..! Hehe
Oh yes, there was champagne too – delicious stuff!
I also got a bunch of pretty pink roses – lucky girl!

{Sadly there are no pictures of this most delicious breakfast, because I literally just gobbled it all up and by the time I thought to take a picture, it was all gone..! Really. But let me describe it for you:
3 decadent slices of thick French toast, soaked just enough and with hints of cinnamon and nutmeg, all piled up and drenched in maple syrup, topped with bacon… Oh gosh I’m drooling just thinking of it..!}

The rest of the day was spent very leisurely, just lying around outside, spending time with the boys, playing in the sun, reading a book and just really chilling. We’re always so busy during the week and on weekends, always having to do something, go somewhere or just thinking of that looming to-do list, it was really nice to just relax and do nothing, just enjoying each other’s company – the perfect day any mother could ask for.

You will need:
Leftover fish {I used leftover snook that was ever so slightly smoked and then cooked on the braai, about 300g}
1 onion, diced
A sprinkle of cumin
Salt to taste
6 eggs
1/2 a cup of cream
2 tbs cream cheese
1 cup mozzarella cheese, grated

Mix everything together, except for the cream cheese. Stir in the cream cheese so that there are some nice chunks in the mixture.
Bake at 180C for half an hour until the cooked and golden on top.
Serve hot or cold, but it’s rather delicious at room temp, served with cucumber ribbons and a drizzle of olive oil. 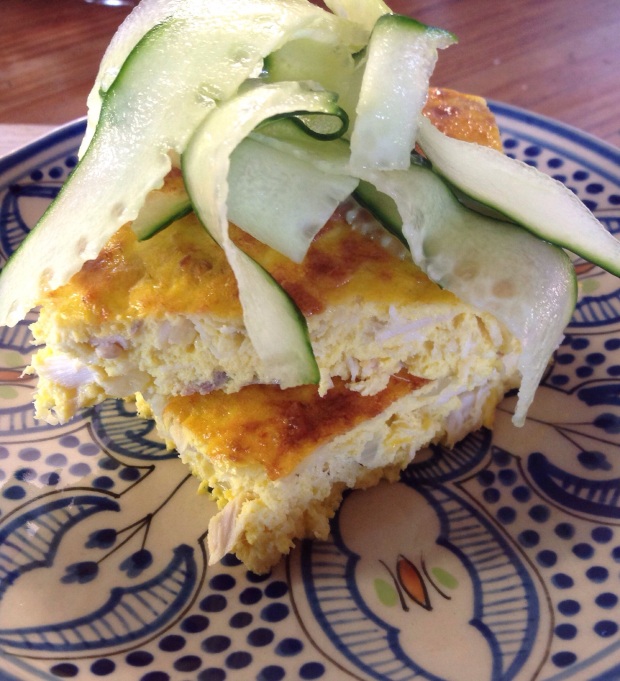 So, this Sunday is Mother’s Day… {It should really be celebrated everyday, but hey, I guess ONE day off a year is enough for us mommies..!}
My ideal day would be something like this:
I would sleep in until about 9am {that will still leave the rest of the day to be pampered AND I get an extra 3 hours of sleep, ideally in a swanky boutique hotel…}
The boys will pop in for some cuddles and perhaps a gift or 2… {And obviously there will be cake and coffee involved.}
I will then take a leisurely bath and get dressed to go and have a champagne brunch on a vineyard {or a spa, or even better, a spa at a vineyard!} with my own dear mom. The men in our lives may join us for brunch.
Yes, I think that sounds fantastic! We could end the day with a movie or dinner at a really nice restaurant…
Aah yes…
Oh well, a girl can dream, can’t she?
Anyways, as I’m contemplating Mother’s Day, here are a few sweet treats that will be great with that morning coffee or whatever you might have planned: 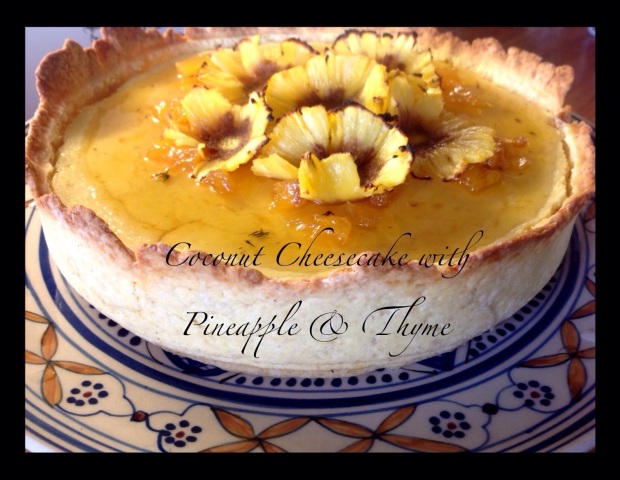 I’m also planning some delicious new cupcakes and a few more cakes…
More to follow later this week.
So, what is your ideal Mother’s Day, if you’re a mom, or how will you be treating yours?
X