My blog is about the food I love to eat and cook, delicious treats, life stuff, mommy stuff, etc.
It’s not about dieting and dieting dilemmas, because frankly, I don’t do diets and it’s boring talking about it non-stop… However, the odd opinion regarding Paleo and Banting, etc has come up because that’s how we’ve been eating and a lot of the food I’ve been cooking fall into those categories. Anyways, getting to the point, yes there is one…

I feel there are so many different ‘expert opinions’ about what to eat, that it can be quite overwhelming and confusing.
I saw a link to an article the other day about a 70+ year old body builder who’s apparently in the best shape of his life – on a vegan diet.
Then there’s Paleo, eating like our ancestors did a million years ago – meat, preferably game that you’ve speared down yourself, fruits, veggies and nuts.
Banting has us eating a high fat, low carb diet, so it’s kind of like Paleo but with fatty meat and fish and lots of full-fat dairy. Vegan, well, shame, poor vegans don’t eat any animal-related products and their diet probably consists of a lot of grains and veggies. {I’m no expert on these diets, so please take it with a pinch of salt…}

My philosophy is this – keep it simple. Yes, it makes total sense to follow a more Paleo-friendly ‘diet’, but the odd pizza or cupcake every now and then won’t kill you. Unless, of course you are intolerant. I personally think that if you’re going to cut grains from your diet – then do it, cut it. Don’t substitute bread with nut breads and the likes – yes, occasionally, but the effort involved in doing it daily will put anyone off, giving it up! I say, do it as a treat, have that nut bread, zucchini bread, cupcake or whatever – gluten-free or however you like it, but as part of daily living, if you’re going to cut carbs, then really cut it. I’m sure we don’t really need those carbs anyways.
It took a few weeks to get used to not eating bread, rice, pastas and potatoes but it’s not so bad, and honestly, I don’t miss it.

When we lived in India, we had rice and/or potatoes every.single.day. So no, I really don’t miss those!
Legumes I do miss and I battled with breakfast, as I loved my morning cereal.
{My morning routine now, is to have an egg and some fruit with yoghurt.}

But now, December apart, I feel so great – NEVER bloated or over-full or any form of indigestion, my allergies are much better and I just feel much healthier and more energetic. The minute I have bread or things like that, I feel sluggish…

What do we eat? Well, it’s basically just meat {mostly game or proper free-range privately sourced}, veggies {no potatoes or legumes} and fruit, a bit of dairy, like cream and cheeses. Lots of eggs. We use honey instead of sugar {apart from occasionally in cooking and baking}, only real butter and NOT margarine {yuk!}, no {very seldomly} packaged fruit juice and no sodas. NO processed foods. {It’s sometime a bit tricky when you see a yummy-looking marinated chicken or steak or whatever in the shop, it looks harmless enough, it’s meat, it’s raw and you will cook it yourself – excellent! But, it’s so full of processed junk and heaps of sugar – you’re much better off just putting in the bit of effort and just making your own marinade at home. It will probably also taste better…}

It sounds like a long list of can’t do’s, but it’s really not – like I said, just stick to the basics and build from there. You just have to use your imagination a bit, especially for lunch time {no sandwiches…} and get creative! And if you feel like a hamburger, have one! But just make sure then it’s a proper burger, with real cheese, a proper patty {!!} and some greens and tomatoes.

Ok, so after that babbling, I just wanted to say that it’s confusing out there – what to follow, who to listen to, etc, etc… Just keep it simple, I say… After all, those cavemen were pretty darn fit and healthy and they lived on a basic diet of meat and veg! {Go Paleo..!}

I am still also liking the Banting idea of a bit more fat and cheeses, so yes I will incorporate that {which I’ve actually been doing in any case}..

Ok, so we’re already a week into the new year, but I’ve been using this time to ponder a few things…

Firstly, what will my resolutions be for the new year? Ugh, I actually don’t like to make any new year’s resolutions, because they always end up forgotten by the end of January… So, I’ve decided that I won’t make any specific resolutions, apart from a few broader ones:
1) Work actively on growing Pink Poppadom
2) Continue with a healthier lifestyle, focusing even more on eliminating all bad things from our diets {grains, carbs, sugars}
3) Being more active, and
4) Cultivating a more positive mindset
{and obviously being a terrific mom, wife and ‘home exec’ – but that goes without saying… Oh yes, and being more organised!}

Secondly, what will this new year have in store? Last year was an exciting, yet hard year in a lot of respects – but most of all I feel blessed with my new son, born last year. I’m hoping there’s some great traveling on the cards for this year and big things for Pink Poppadom..!

I’ve been reading the most fabulous book – it is a lifestyle / cookbook called The Real Meal Revolution by Prof Tim Noakes. It is all about cutting carbs and all those other bad stuff from your diet, that the body does not need while still eating yummy scrummy food. We all know that I live for eating yummy scrummy food and I really believe that you can still do so without compromising your health, or flavour!
Anyways, so this book is all about ‘Banting’, which seems similar to Paleo… Oh, who can keep track of all the different terms?! Anyways, basically you stick to eating your meats, veggies and fruits, as well as certain dairy products, with the main difference that you’re encouraged to eat fat – yes, fat! Well, fatty meats and good oils, butter and cream. Nothing low-fat, no sugar, no grains or carbs or any form of processed food.
Sounds good to me! This eating style will help your body to perform better, burn off fat and just help you be the best you, you can be! {Sounds like a Dr Seuss rhyme 😉 }

There are some really fab recipes in this book to inspire you on your Banting journey – which of course, I will be cooking and sharing with y’all!

Now I just need to get myself nice and organised, get my shopping done for my weekly meals and ease into the rest of the week… 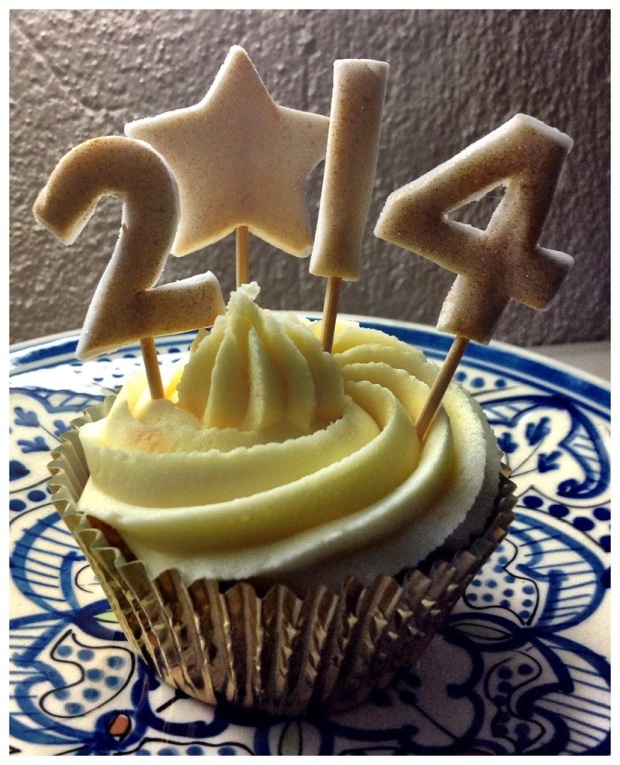 {Footnote: I will always have room in my life and diet for cupcakes! That will be my teeny tiny guilty pleasure… Perhaps I will start baking gluten-free ones…}